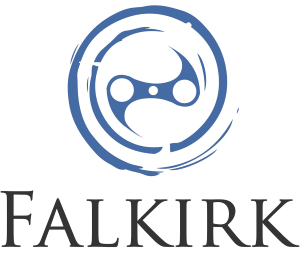 The idea behind creating Falkirk

Creating a new consulting and advisory firm focused on the areas of work we do was motivated out of a recognition that, to be successful, proponents of natural resource projects would benefit from a different approach than what was currently available in the market. The leaders at Falkirk have served in the most senior roles in industry, government and consulting for many years and recognize what it takes to be successful. We have a diverse leadership and employee team and celebrate our differences in culture, experience and perspective.

Success for us is defined not just by a proponent we are working with achieving the outcome that they want. But rather by one that is viewed by all involved whether an Indigenous or non-Indigenous community, government, investors or members of society more broadly, as a good thing. That consensus is not easy to achieve and it takes a lot of talent, experience, awareness and knowledge to recognize how to generate positive outcomes when considering the complexity of natural resource project development domestically and globally.

We care deeply about the health of the people and the natural environment. Issues such as the recognition of Indigenous rights, climate change, the need to be stewards of our freshwater and ocean ecosystems, human health, poverty alleviation and industry being responsible for what they do today and the legacy that is left behind are the things that we think about and try to influence in a positive way.

Our mission is to provide exceptional service to our clients and make the world a better place as a result of the work that we do. That is what binds us together as a group of professionals and thought leaders. And that is how we approach every day.

"Our mission is to provide exceptional service to our clients and make the world a better place as a result of the work that we do."

Why the name Falkirk?

The name Falkirk was inspired by the great Greek mathematician and inventor Archimedes and a historic town in Scotland of the same name. Falkirk, the town, is noted for a few things including being the site of an important battle for Scottish independence back in 1298, the famed Falkirk wheel, and the ancestral home of one of the founding partners of Falkirk.

The Falkirk wheel was opened on May 24, 2002 by Queen Elizabeth II as part of her Golden Jubilee celebrations. The wheel is a rotating boat lift that connects the Forth and Clyde Canal with the Union Canal. What makes this structure special is that the two opposing arms of the wheel take the shape of a Celtic inspired, double headed axe, and can raise or lower large boats a total of 24 metres using minimal amounts of external energy.

According to Archimedes’ principle, floating objects displace their own weight in water – something he famously figured out in the bathtub when investigating suspected fraud in the manufacture of a golden crown commissioned by King Hiero II back in the 4th century BC. The suspected fraud was that the goldsmith making the crown might have replaced some of the gold given to him by an equal weight of silver, The King asked Archimedes to investigate.

Because the crown was a holy object dedicated to the gods, Archimedes could not disturb it in any way. Which is when he figured out that with gold being more dense than silver and using his principle of displacement of equal weight, he could test the authenticity of the crown.

The Falkirk wheel works using this principle. When a boat enters the structure, the amount of water leaving the caisson (the holding area for the boats) weighs exactly the same as the boat. And with just a gentle nudge from a motor, large boats are raised and lowered to connect canals that have not been together for almost 100 years.
We see ourselves at Falkirk as a positive force that, when applied correctly, can help our clients achieve higher levels of success.

Whether effort, advancing reconciliation with Indigenous peoples, the diversity of our team, the quality of the service we provide, or our unwavering commitment to “getting it right, the first time”, the name of our company reflects our belief that what we all achieve is directly proportional to our approach and the energy we apply.

We pride ourselves on working with clients in a strategic and collaborative way to get the results that you need. Our motto is to “get it right, the first time” and we would welcome the chance to hear from you and discuss how our people and services could help you, your community or your firm to achieve the outcomes that you are looking for.

Let's get to work

We are always looking for people who share our mission to provide unparalleled service to our clients and work to make the world a better place. If you are looking to expand your horizons, make a shift in your career or just explore new opportunities to work in one of our key Practice Areas, please reach out and let us know.